Thoughts on Invoking the Muse by Layne:

This recording is the culmination of years of work for me. Ever since I started playing the frame drums I could hear voices singing while I played. These lovely melodies are generated by the overtones created by the stokes of the hands on the frame drum. The great Nubian Musician, Hamsa El Din, once told me that the traditional melodies for Nubian songs come from the overtone sequence of the specific rhythm that goes with that song. The voices you can hear in the rhythms of the drum sound celestial, mystical, and as if they are trying to impart important messages. Sometimes they are so loud that I stop playing -- I think someone is actually there speaking to me. But as soon as I stop playing, of course the voices cease. Over the years I've come to feel that it is the voice of the Muse, inspiring me to play and to bring forth new work in the world, work that particularly celebrates the power of women, not only the ancient frame drummers but women through all time, the past, the present and those to come.

Around the turn of the millennium I was at one of the gorgeous springs in the part of Florida where I grew up and as I looked down into the spring I heard beautiful singing, just slightly beyond the range of really being audible. I'm sure that it was a radio off in the distance, probably playing country music -- I was just hearing whispers of it through the wind and the sound of the water. At that moment I became determined to bring those voices through into audible reality. While researching ancient Greek music I found information about the Hymn to the Muse, written by Mesomedes of Crete in the second century a.d. It was musically notated in the ancient world and the words have been preserved.

I began researching the ancient Muses (of course the Muses played the frame drum along with lyre and flute!!) and found extraordinary information about them. Part of this material makes up the extensive liner note booklet that comes with the cd. I composed songs to the eight other Muses Hesiod sings of. One song Glen Velez composed with Steve Gorn and I many years ago. For the rest of the hymns, I listened to the sound of the drum and sang the melodies that I heard in the rhythms. From there on a keyboard I worked out more of the parts. And then I brought in amazing and remarkable musicians who themselves have devoted their lives to creativity, inspiration and improvisation -- the Muse! They completed and elaborated and joyously infused the basic structures that I originally heard in the drums. The drum that inspired each specific melody is the drum used on each song that we recorded.

The musicians on the recording are Tommy Brunjes on percussion; beautiful soprano Ruth Cunningham, who sang with the Medieval chant group Anonymous 4 for ten years; the incomparable Steve Gorn on bamboo flute (you can hear his flute opening Paul Simon's last album!); Laurel Masse´, the powerful virtuoso voice of the original Manhattan Transfer, and Vicki Richards, an improvisatory master on the violin drawing from the traditions of India and classical European music. Being in the studio with these musicians, hearing them playing with such inspiration and seeing them give themselves to the flow of improvisation was a thrilling experience.

And I will leave you with this last piece of information. When reading Plato, Pindar, Homer, Hesiod and more of the ancient classical Greek writers I found many marvelous things about the Muse. She is actually the creative life force that structures consciousness. But one thing that really struck me is that they are always associated with a sacred spring. Their voices were heard in the water of the spring!!! The last prophecy the Delphic oracle, the Pythia priestess, a channel for the Muse:

"Go tell the king that the well-crafted court has fallen to pieces, Phoebus dwells here no more, there is no more oracular laurel, no talking spring, and the Voice of the Water has been silenced... "

But I say the Muse cannot be silenced, she sings within us forever!!!!

And we will make her voice heard once again! 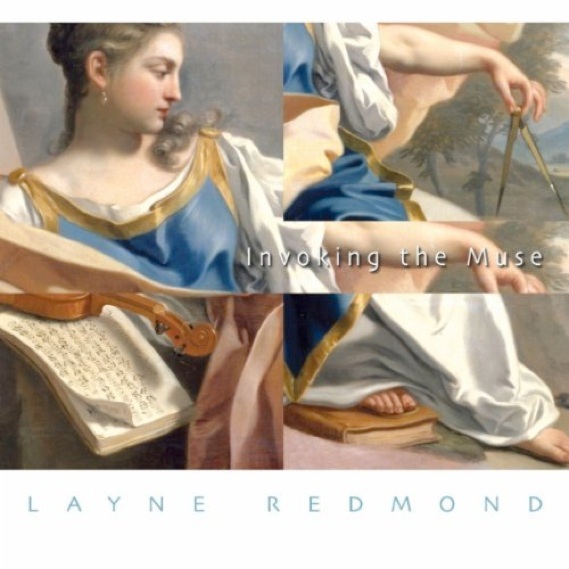 I'm the rock and pop music critic at the Mercury News...and was trolling through the piles of discs I get, when I came to Invoking the Muse...and it was stunning. I wrote about it in a story that runs soon. It's a list of picks of great albums that might otherwise be overlooked. I had a powerful experience listening to Invoking the Muse.....what music is supposed to be about...and a great relief from 99 percent of the other discs I had to listen to!